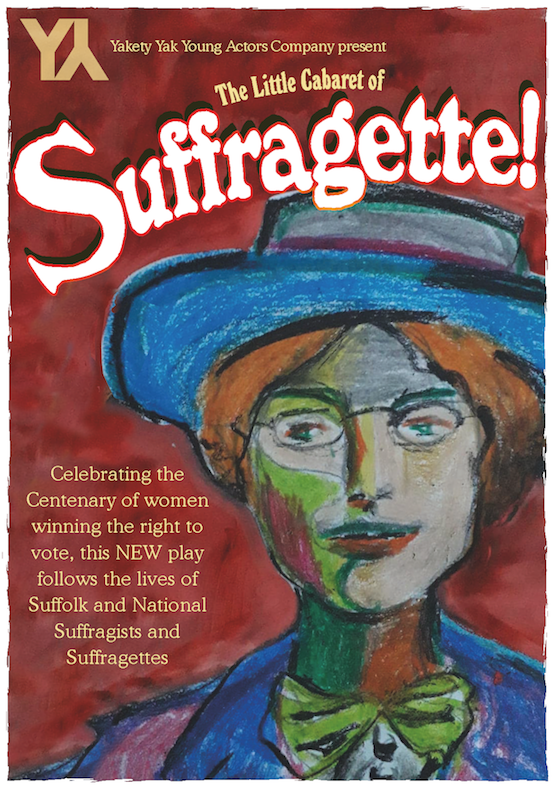 Celebrating the centenary of women winning the right to vote, this new cabaret style play about the lives of Suffolk and National suffragists and suffragettes, featuring an all female cast, toured East Anglia in 2018.

Koh-i-Noor, a music video featured in the production, focuses on one of the characters in the play, Princess Sophia Duleep Singh.
Princess Sophia, daughter of Duleep Singh, the dethroned Maharaja of the Sikh Empire, was embraced by her godmother, Queen Victoria and London society. She became devoted to women’s suffrage and used her celebrity to further the cause. She was both something of a rebel and also a humanitarian, becoming a Red Cross nurse during WW1 in Brighton Hospital tending to wounded Indian soldiers evacuated from the Western Front.
Her life’s purpose was “the advancement of women” and supported the women’s cause in a number of countries as well as Great Britain & India.
“When the women of England are enfranchised and the State acknowledges me as a citizen I shall, of course, pay my share willingly towards its upkeep. If I am not a fit person for the purpose of representation, why should I be a fit person for taxation?”